Lunigiana, the borderland between Tuscany, Liguria and Emilia Romagna 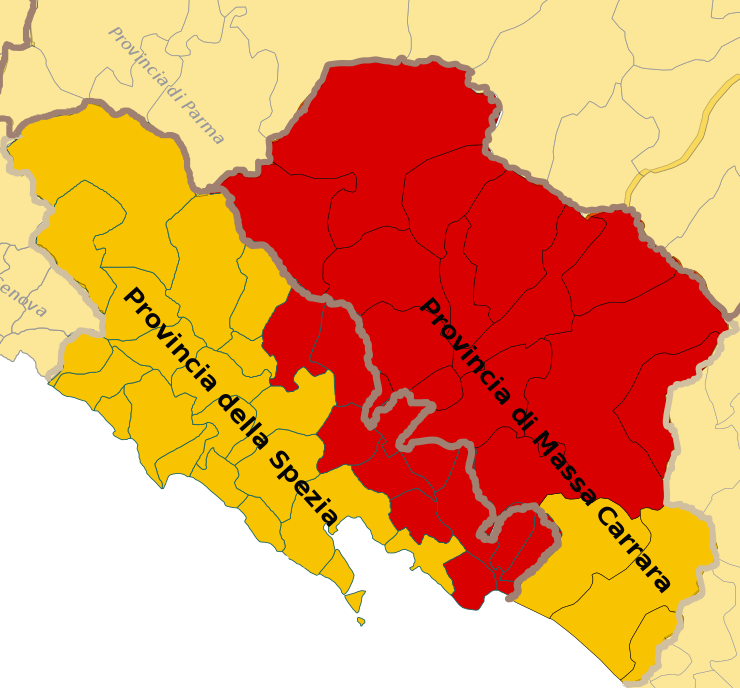 Lunigiana, a territory completely unknown to most, is that strip of land that is located right on the border between 3 regions: Liguria, Tuscany and Emilia-Romagna. It is characterised by a purely hilly, pre-mountainous geography and by the plain of the river that crosses it: The Magra, known by the locals of Lunigiana. Surrounded each side by the Ligurian Apennines, the Apuan Alps and the Tuscan-Emilian Apennines chain. A border area, with periods of immense splendour, with all its valleys, mountains, streams, waterfalls and woods. Where medieval castles and small stone villages dot the immense territory, which today is divided into 14 municipalities enclosed within the Tourist Area of Lunigiana.

From Pontremoli to Fivizzano, from Zeri to Podenzana, from Aulla to Fosdinovo, these lands governed for about 1,000 years by the Marquis Malaspina still bear the scent of slow and ancient times. Perfect places to escape from the hustle and bustle of the city in an uncontaminated environment, both, green and slow. With many ancient traditions that have been carried forward and are practiced by the inhabitants of Lunigiana to this day.

A purely naturalistic territory waiting to be discovered, with little population, many animals in their natural environment, where you can get lost in the chestnut groves, walk in the ancient paths, visit small villages still inhabited and take a wild swim in the hundreds of waterfalls and pools.

From Paleolotic to Napoleonic Era

Paleolitic, Neolithic and Iron Age
The oldest human settlements in Lunigiana are linked to Neanderthal man and evidenced by the findings in the Tecchia of the Grotta di Equi Terme, dating back to the Paleolithic period (between 120,000 and 36,000 years ago).   Durante il periodo Neolitico, si insediarono popolazioni della Pianura Padana Occidentale. Mentre risalgono all’eneolitico i reperti delle Statue Stele, datate dal IV millennio a.C. fino all’età del ferro (VII-VI secolo a.C.), che potrete ammirare nel Museo delle Statue Stele Lunigianesi presso il Castello del Piagnaro. During the Neolithic period, populations of the Western Po Valley settled. While the finds of the Stele statues date back to the Eneolithic period, dated from the fourth millennium BC. up to the Iron Age (7th-6th century BC), which you can admire in the Museum of Lunigianesi Stele Statues at the Piagnaro Castle. During the Iron Age, the Lunigiana area was inhabited by the Apuan Ligurians, who resisted the conquest for a long time, never surrendered and deported en masse to allow for the definitive Roman conquest in 180 BC. The Diocese of Lunae was then founded (today near Ortonovo, in the province of Spezia). The territories between Luni and Lucca were thus gradually colonized.

Middle Ages and Charlemagne
With the end of the Western Roman Empire in 476, the Huns, Ostrogoths, Byzantines, Lombards and Franks arrived. It was in this period that the concept of “Historic Lunigiana” began to form, which in the 11th century extended its control from Massa to Spezia up to Albareto in the province of Parma and up to Versilia and Garfagnana in the province of Lucca. Thus it was that for most of the Middle Ages when we spoke of Lunigiana we were referring to the huge territory of the Diocese of Luni. Thanks to the Abbey of Bobbio (province of Piacenza) monastic foundations began to be formed in Lunigiana. Thus began the resumption of trade with the Po Valley (Via degli Abbati) and agriculture developed, laying the foundations for what characterizes Lunigiana agriculturally today: vineyards, chestnut groves, olive groves, ancient mills and oil mills. An outpost of the trade route for oil, salt, timber and spices. In 802 it was Charlemagne himself who invested the Adalberti family with control and possession of the Lunigiana. From this family descend the Obertenghi, from which the whole Malaspina lineage comes. In 1201 with Obizzino and Corrado Malaspina the territory was divided by the natural border of the Magra River. Thus the two historic families were created: Malaspina dello Spino Secco to the right of the river and Spino Fiorito to the left, with two capitals: Mulazzo and Filattiera. This is the era of Dante hosted in Lunigiana by the Malaspina dello Spino Fiorito. Subsequently the territory was divided over and over again among the different descendants: so many territories were created, each with its own castle.

The uniqueness of Pontremoli: from the Malaspinas to the Napoleonic Era
The only territory to remain outside the Malaspinian dominion until 1319 was Pontremoli.   From the 6th century under the Lombard rule through the Monastero di Bobbio, ceded by Henry IV in 1077 to the Este family, Pontremoli was recognized by Federico Barbarossa himself in 1167 and then passed several domains from Giovanni I di Boemia to the Visconti of Milan, to the Genoese Fieschi to return later under the dominion of Milan again with the Visconti family first and then the Sforza. In 1777 Pontremoli became an autonomous community while always remaining within the Grand Duchy of Tuscany. In 1847 it was annexed to the Duchy of Parma and remained so until 1859 with the unification of Italy.

Leaving Pontremoli aside, it was only with the Napoleonic era (18th century) that the typically medieval socio-economic and cultural structure of Lunigiana disappeared. 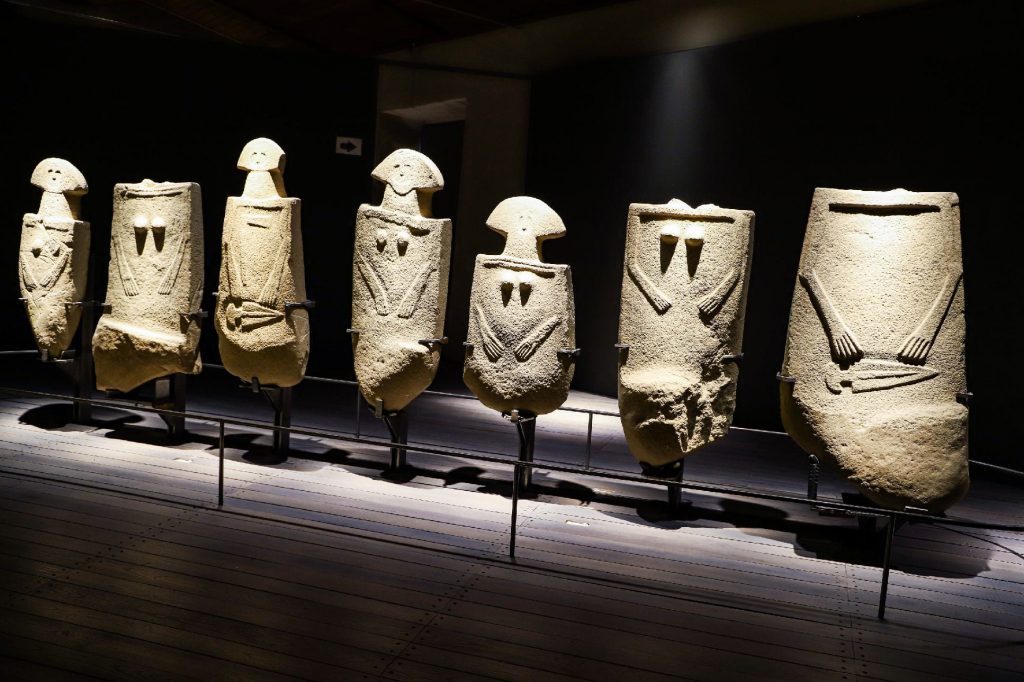 What Lunigiana offers to visitors?

Lunigiana: activities for every desire

Young and intrepid? A visit to the Stretti di Giaredo is a must, families with children? Naturalistic places to discover and activities with guides from the cooperatives of the territory. Food lovers? Small taverns and restaurants with typical cuisine. Sports? Hundreds of kilometres of trails to discover, both by mtb and on foot. Lovers of art, history and culture? Museums that exhibit their works in castles such as that of Piagnaro or in the Fortezza della Brunella, museums of popular traditions such as the Museo Archivio della Memoria di Bagnone or even that of the Malaspina family of Mulazzo.

Huge expanses of meadows just before the Tuscan-Emilian Apennines National Park perfect for families such as Prati di Logarghena and Prati di Camporaghena.

Unspoiled nature for lovers of eco-sustainability: it will not be uncommon to come across protected species that still survive thanks to the climatic characteristics of Lunigiana. One example would be the Yellow Bellied Toad (Ululone). Wild horses can be observed in the lakes of the Comano area and can be ridden in the plain of the Magra River or Zeri. Look out for shepherds, who today continue the tradition of transhumance with sheep, goats, cows and calves. Discover waterfalls and swim in pools of crystal clear waters.

Mtb routes on well-maintained trails thanks to the associations of the territory, from the less demanding ones to those for experienced sportsmen, little known, but very adventurous.

Small medieval villages in stone, where you can taste genuine and traditional food, prepared again as it once was: cooked, masterly in a testi. From the typical bread (carsenta) to the herb cakes, from the lamb cooked in the testi to the chestnut pattona to the barbotla with pumpkin flowers, rigorously hand-picked in the morning in the fields and vegetable gardens. The territory in the north of Tuscany where the flavours and traditions of the three neighbouring regions mix to give life to a unique culture of immense value … Have we convinced you? Come and discover Lunigiana! 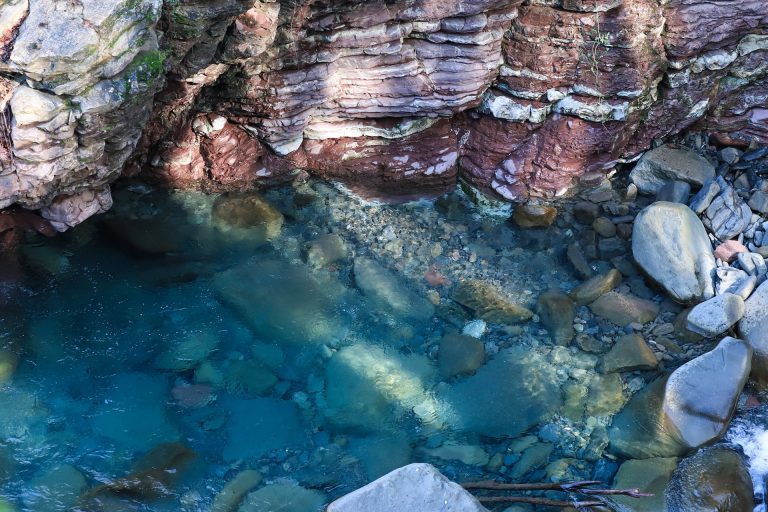 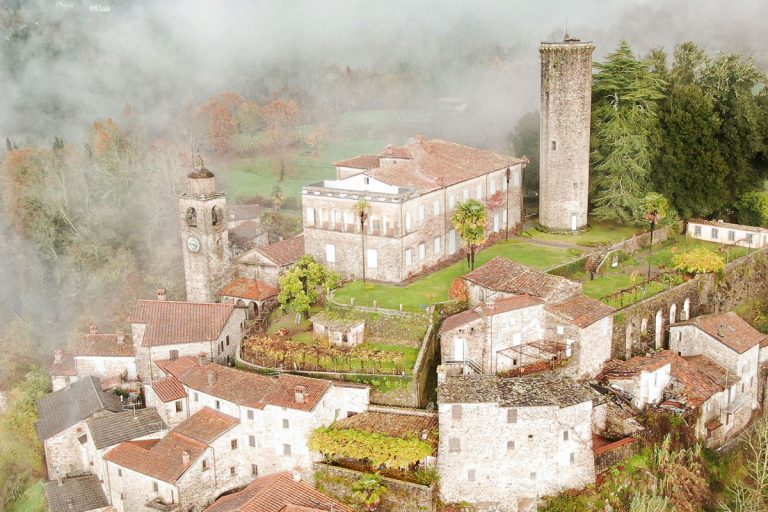 Texts, videos and images are the property of Lunigiana World, even partial reproduction of the contents on the site without request is prohibited.